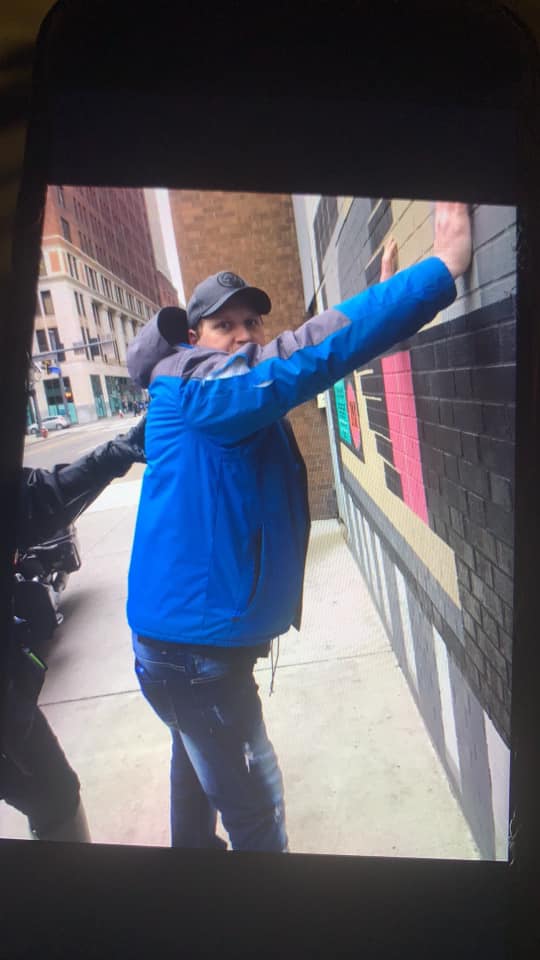 On January 29, 2019, an incident as innocent as strangers accidentally bumping into one another on crowded downtown Pittsburgh sidewalks escalated into a woman being knocked unconscious and being called racial slurs.

According to the victim, Quanaysha Walker, and her sister, Amber Walker, after bumping into each other on the street, James Lane of Braddock, appearing under the influence began hurling racial slurs at them to the point that they attempted to cross the street. Lane became increasingly violent and belligerent still hurling racial slurs at the women when he physically assaulted Walker by punching her in the face knocking her briefly unconscious. The attack was unprovoked, and neither sister raised their hands to defend themselves or cause Lane to throw punches.

Quanaysha, received a black eye, concussion, impaired vision, migraine headaches, memory loss, and has been unable to work since the incident. She is currently on medication and currently receiving therapy after the assault. Walker is a single mother and has missed over a month of work since the incident. She is expected to be out of work for an additional 3 weeks until being cleared by a doctor.

A Pittsburgh Bureau of Police Motorcycle office witnessed the incident, briefly detaining James (uncuffed) Lane before letting him go, and Detained a visibly shaken and upset walker in handcuffs because she understandably could not calm down after the assault, and according to her sister had to demand that the officer call for medical assistance to aid Quanaysha. 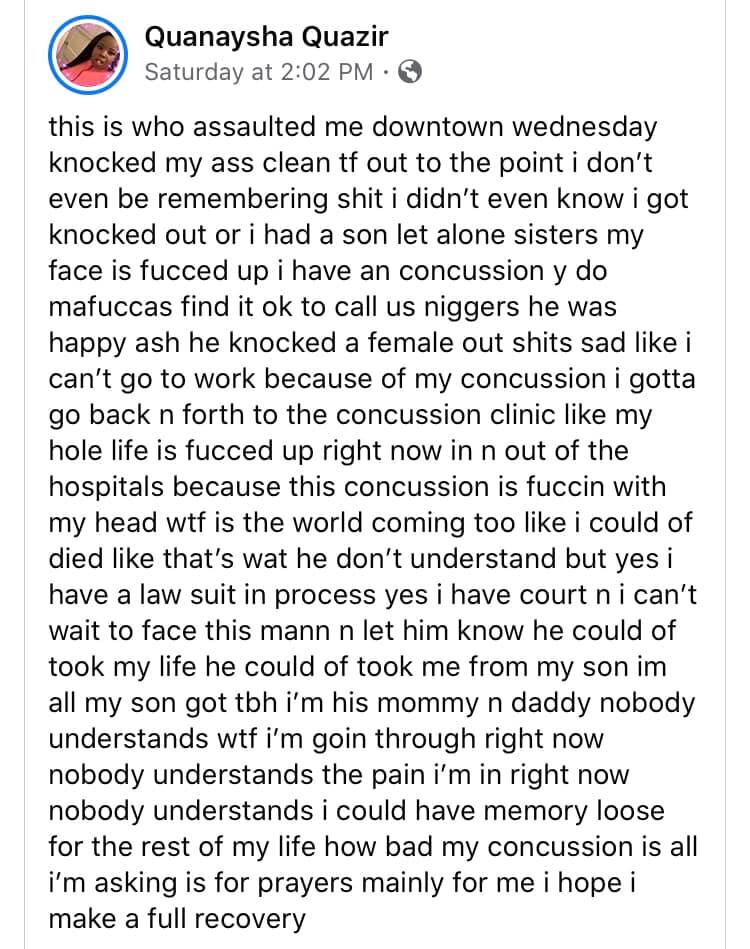 According to Walker, The Pittsburgh Police initially weren’t going to file charges against Lane because the assault was not domestic abuse related, but eventually filed simple assault charges against Mr. Lane on February 7, 2020. James Lane is awaiting a preliminary hearing on March 18, 2020 on the assault, and is no stranger to the Pittsburgh Court Of Common Pleas, as he has multiple charges pending and adjudicated from past offenses including driving while on a suspended license, operating a vehicle without inspection, retail theft, multiple other driving offenses, and receiving stolen property. 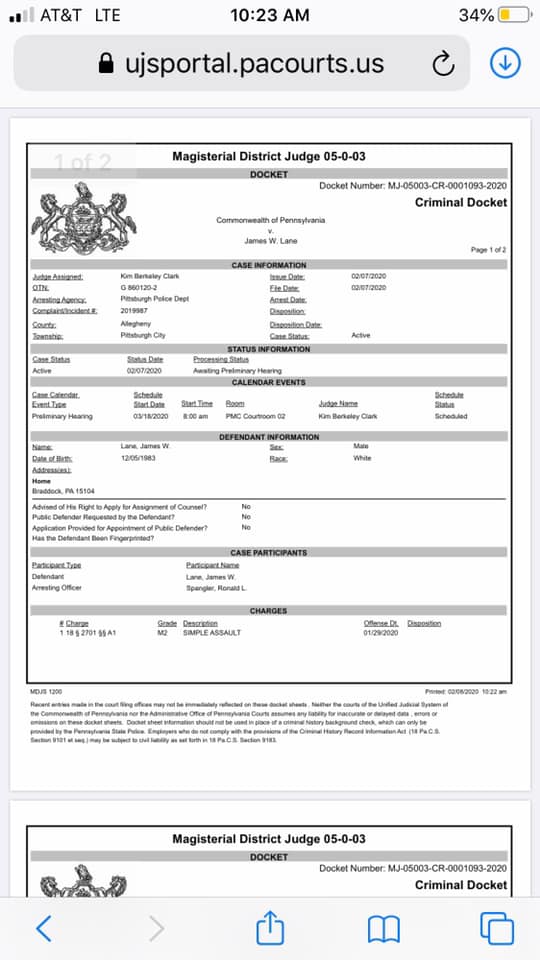 Walker was told after charges eventually were filed in this case, that simple assault is the main and only charge Lane will be facing, and other charges may or may not be filed at the preliminary hearing.

Miss Walker is being supported by members of the community during this rough time and an online fundraiser has been set up to assist with bills, child care, and expenses while she remains unable to work.

Members of the community are also asking each other to organize in protest and come together in a sign of solidarity and ask the following:

1. Contact DA’s office @ 412-388-5300 to demand an arrest and that the charges be changed to Ethnic Intimidation & Aggravated Assault.

2. Contact Zone 6 Commander Cristyn Zett @ 412-937-3051 to demand an arrest be made and the officers be investigated for allowing the assailant to leave the scene etc.

In a city dubbed Stronger than Hate following the Tree of Life Synagogue Shootings, Racism, and hate certainly seem to not only be alive and well in Pittsburgh, but thriving and allowing to spread in the city.

The District Attorney’s office did not respond to calls and emails for comment, and at the time of Writing, James Lane had not responded to requests for comments. No information on Mr. Lanes attorney was also available at this time.