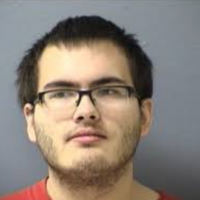 Austin Ayers has pulled all of his fake news pages down except Penn Informer and Steel Town News.

They’ll definitely be back because a psychopath can’t hold off on his ego stroking and need for attention. He’s doubled down  using his fake Warren Albrecht account contacting women on my personal and business pages harrassing them or contacting my friends, business partners and others that are linked to my social media pages. If the name sounds familiar, it’s because I already investigated the fake page, and his Penn Informer fake news site weeks ago.  Warren Albrecht simply doesn’t exist as a resident of Altoona, or of Bridgeville, Pa. Indiana University of Pennsylvania also doesn’t have a record of anyone taking courses at their institution under that name either. 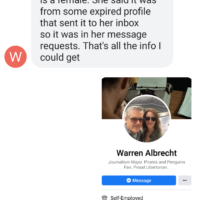 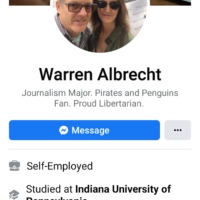 Ayers of course is no stranger to making up the existence of people using stolen stock images or social media pictures of real people and making fake identities. You can find a list of all known Ayers fake news sites including the ones that are down HERE. (I Leave this list up because they’ll be back)

What we have here is a clearly documented case of someone who isn’t well mentally, and who is now obsessed with me and targeting people O know and work with. Anyone contacted by these fake accounts are encouraged to save the screen shots and send them in to me, as well as doing whatever you can to protect yourself. At least with his focus solely on me, he’s scamming less people.