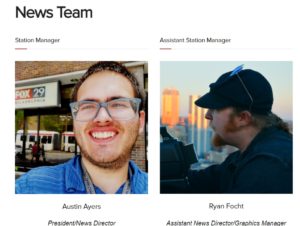 Austin Ayers has been tied to the extremist group BOOGALOO BOIS, calling for armed protests at all State Capitals on January 17, 2021.(The call to arms was posted on their website in November of 2020)

He hosted a website on his servers called Tree of Liberty which CBS News just did a piece on. The site was maintained by his friend Ryan Focht, Someone that Ayers ran multiple fake news websites with in the past before I exposed them all, resulting in Ayers removing them from the internet, and social media pages. Tree of Liberty was hosted under the same account owned by Ayers that also hosted his gaming Red Coat Revere website, Steel Town News, Pa Breaking News and other websites which were all shut down and formerly hosted by OVH Cloud due to a DCMA claim by myself on another site Ayers hosted and ran defaming me. That site The Rogue Journalist, stole copyrighted images from this website, as well as, half assed written articles trying to defame me for exposing him as a fraud. All those websites were hosted under the same account, and under the same IP address registered to Ayers, but all the sites were removed on Wednesday due to my DCMA claims, and for violations of OVH Cloud terms of service.

Ayers and Focht ran the site WPMG which peddled fake news and plagiarized articles utilizing a clicks for cash scheme before the site disappeared after Ayers was raided and placed under investigation by the Pa State Police.

On the Tree of Liberty Website, (now archived) Focht used his name @LegoFlats and Axxiosgrey which he was doxxed months ago for his ties to white supremacist websites/building sites for other extremist groups for, fundraising and posted a call for armed protests at every state capital on January 17, 2021 back in November of 2020. He now goes under the screen name of @lego_flats and @habitualdumbass on Twitter. Focht moderates Ayers’ twitch and you tube streams under the name of legoflats, and comments on Ayers’ tik tok videos under the same name. 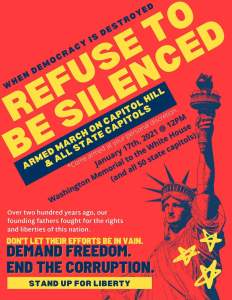 Focht went on to speak with a CBS News Reporter, and all but comes out and gives his full name, and claims to be cooperating with the FBI. 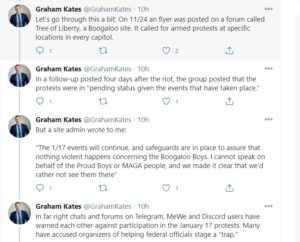 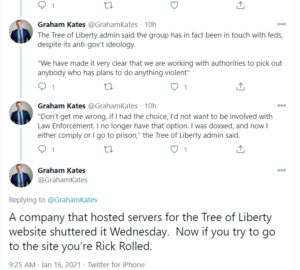 Before Ayers rebranded his accounts, he posted several videos on TIk Tok supporting the siege at the Capitol, and called for people to take up arms against the United States Government. (Those videos are now hidden private with his other videos.)

Ayers couldn’t help but commenting on the CBS News report, and wrap this up in a nice bow for everyone. 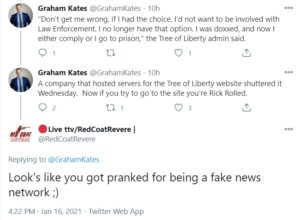 As Austin Ayers continues to hide from his past, as his followers are now aware of his frauds, lies, and fuckery over the years, he released a fitting video last night (uploading just the audio.) which sums it up perfectly:

Thanks to the way way back machine for keeping archives of these websites up, and thanks to Austin for being too fucking stupid to cover his tracks. For someone who claims to hate Word Press websites, and tries to mock others for using them, Austin sure uses them alot: 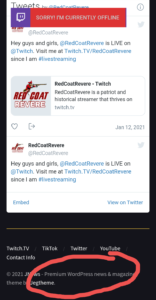 If you enjoy the work that I do, please hit the donate page or subscribe to my Patreon.