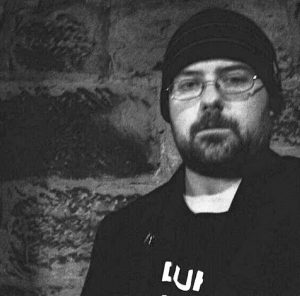 “I’ve seen special-interest groups get involved in trials but I’ve never seen them come out firing using media as a weapon.”

Why go to Steubenville?

It’s very slow here [in Pittsburgh] and I tried to cover Operation Westboro [the hacking and protesting of the Westboro Baptist Church] before this blew up. Part of my involvement with the initial rally is that [the Steubenville activists] didn’t know how to set up Livestream. On the initial [protest] page on Facebook, the guy who set it up said he was concerned because he allegedly started receiving death threats to himself and his family. He wanted to delete and no one really wanted to step up and man the page. I said, “Screw it, I’ll man it but I don’t want to get involved.”

Doesn’t that blur the line in being objective as a journalist, if you become part of the story you’re covering?

A little bit. I was happy to answer questions about activism as a whole. When it came down to actual parts of organizing — “We need to get a permit, we need to do this” — I’d make it clear, I [taught them Livestream] but not as an organizer.

You tweeted a video from Anonymous that’s since gone viral, of student Michael Nodianos joking for 13 minutes about the alleged rape. How do you know that what you’re distributing is credible?

I won’t put out [Anonymous] docs that [contain personal information]. One, it’s illegal, and two, it opens up a can of worms for myself and it eggs people on to do whatever they want to with those addresses and phone numbers.

As far as the video … it was reported locally that this video was the starting point [of the investigation]. … Before I threw it up there, I watched it … and [compared it] to pictures [to confirm his identity]. … The fact is that the video was in the public domain at one point, and police did know about it and acknowledged it was in the public domain. I don’t feel I did anything wrong by putting it out there.

Have you ever seen a case where social media has played so large a role, or where a group like Anonymous has been a part of information-sharing? What else do you think is going to come out?

The Anonymous involvement has blown it up whereas if they weren’t involved and if the Times hadn’t run that story, it wouldn’t have [been properly investigated].

I think a lot of weird stuff is going to come out in this trial. I’ve seen special-interest groups get involved in trials, but I’ve never seen them come out firing using media as a weapon. The Anonymous people are using media as a weapon right now and that’s all well and good when it comes to the right case … but not everyone in Steubenville is bad, as they are being portrayed to be.

The whole world is watching Steubenville right now, and Steubenville has a right to be upset; a lot of people feel they’re under fire.