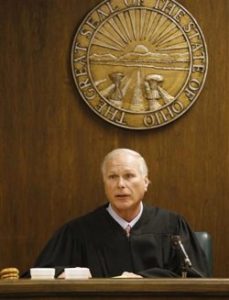 Following a 14 hour session in court, the trial of Trent Mays and Ma’lik Richmond resumed at 8:30 this morning.  The prosecution opened things up by calling 16 year old Gionna Anile from West Virginia, a former friend of Jane Doe’s since Kindergarten.

Miss Anile came to the Steubenville area with Jane Doe and Kelsey Weaver on the August 11, 2012.
Gianna testified  that Jane Doe was extremely intoxicated at the Bellardine house party and was drinking a large slushie from a local gas station that Doe and 2 others mixed with a bottle of Vodka the girls had brought from home.

All 3 girls met with their friend Julia, who later attended the Bellardine house party at which Anile testified that Jane Doe had become visibly intoxicated and had become angry when she tried to stop Jane from leaving the party with Trent Mays.  She went on to testify that the next day she went to pick up Jane doe at the Cole house to find Trent sitting up on the couch with Jane laying with her head near his knee.

Trent Mays and Ma’lik rode in the car with the girls.  Anile described the trip as a normal car ride. After dropping the defendants off, Gionna then began yelling at Jane Doe for the pictures and social media messages posted about her the night before.

Jane had denied having sex with Trent Mays, according to Anile, and also said she didn’t know what happened the night before.

Also in Anile’s testimony, when asked if Jane had a reputation of lying, she told the court, “Yeah, with some people.”

Anile was further pressed by both Defense attorneys Madison and Duncan for not remembering her statement to Steubenville Police. The judge then recessed to let the young witness listen to the audio of her interview.

When she still couldn’t remember the details of what she told police, the defense gave up and moved on.

The Second defense witness, 17 –year-old Kelsie Weaver was called to the stand; Weaver’s testimony mostly echoed that of Gionna Anile.

Texas, who was called in as an expert witness based on her studies of the effects of alcohol on the brain. Fromme’s testimony focused mostly on distinguishing the difference between being “black-out” drunk and passing out. According to Fromme, it is possible for an individual to become intoxicated to the point of memory loss without passing out or even appearing intoxicated. “No one would be able to detect that an individual is in a blackout,” Fromme claimed. “I could be in a blackout right now. You wouldn’t know.”

Fromme also discussed an equation she used to approximate the alleged victim’s blood alcohol content, based on Jane Doe’s own report (from which she stated her estimate as 0.22%)and also based on Gianna Anile’s testimony from the earlier in the day (from which she stated her estimate as 0.25%). Fromme’s testimony also focused in on the fact that no drugs were detected in Jane Doe’s toxicology screening.

Marinetti then discussed the toxicology panel used by the Weirton Medical Center, where Jane Doe received her medical examination. She discussed that many drugs that can be used as “date-rape drugs” metabolize too quickly to have been caught by the screening and that the screening itself requires moderate concentrations of the drugs (a level of 30) to show up on the test but that an individual could be incapacitated by a much lower lever (10, for example).

Finally, the last witness for the prosecution, Jane Doe herself, was called. Jane walked into that courtroom looking courageous and calm.  Doe admitted to bringing a bottle of Vodka for the Bellardine party and allowing a friend to mix her slushie with vodka. She said she hid the bottle in one of the Bellardine bedrooms, and then drank 1 other alcoholic beverage and did only one shot from the bottle.  She admitted she may have consumed more alcohol than what she said and remembered and confirmed that she was drunk before leaving the Bellardine home. She testified that she remembered leaving the party, walking down the steps with Mays and then nothing else aside from a vague flashback of throwing up in the street.

Her next memory was waking up the next day not knowing where she was.  She  was scared, naked and embarrassed. Doe testified that when she woke up, she was surrounded by Cole, Mays and Richmond.

Doe further testified that her underwear, earrings, and phone were missing. The previous day, former SPD detective Jean Phillipe Rigaud had testified that Doe’s missing items to this day have never been recovered.

Marianne Hemmeter showed Jane a picture from the night that she had never seen before which prompted the alleged victim to burst into tears. Doe quickly regained her composure and continued with her testimony.

Jane Doe also discussed the text messages she had sent and received in regards to the matter.  She explained the infamous text she sent Mays which stated, “I know you didn’t rape me.” When she sent that message, she had no idea what had happened and wanted to believe Trent. Also, she was one of many teens to testify that she had no idea what the term “digital penetration” meant or that it can be a form of rape.

Despite what Judge Lipps’ verdict will be, the lives of every teen involved in this case will never be the same. What the world knows about them, and what they have learned about themselves and eachother,  can be summed up with a terrible lesson in social media: a 13 minute video, 3 pictures and foulmouthed, graphic text messages to one another.

Walter Madison, Ma’lik Richmond’s attorney, in his closing argument claimed, “People say things differently these days.” He also stated that in today’s culture people text more than talk. However, most of his argument focused on the fact that Ma’lik Richmond’s name did not come up in many of the texts at all and there was no physical evidence beyond the famous photograph of Jane Doe being carried. Madison argued again that the picture has been taken out of context.  “A picture speaks a thousand words,” he said, “but it depends on where you’re standing.”

Hemmeter, in her closing argument told the judge, “Your honor, the evidence is there. The evidence is overwhelming.” She went on to discuss the pictures, the texts, the tweets, the witnesses and the limited DNA evidence.  Hemmeter also argued, “Consent is not the issue.”  She explained that under Ohio law, one cannot be legitimately considered as a consenting partner if “significantly impaired.” She pointed out that Jane Doe was obviously and admittedly very intoxicated and argued that she did not have to be completely passed out to be considered “significantly impaired.” “Consent is not the issue,” she stated.

“They took advantage of her when they knew she wouldn’t remember. She was the perfect victim,” Hemmeter argued.

Judge Lipps announced at the end of the day that he would make his ruling at 10:00 a.m. on Sunday March 17, 2013. The whole world is waiting to hear his decision, which will forever affect the lives of all involved, especially the two defendants, Ma’lik Richmond and Trent Mays.

Some say our children are a reflection of us. If rape jokes and foul language is something our children find acceptable, there is something wrong with us as parents and role models. We need to look at the parents in the Steubenville  case; there were no parents to be found. No one was supervising  the teenagers , but somehow adults purchased and gave the Steubenville  teens alcohol. One adult, Matt Bellardine, assistant Steubenville  Football Coach, knew a party was going on and that teenagers were consuming alcohol and drunk. Instead of setting an example and making sure everyone was safe, Bellardine threw the teens out of his home to drink and drive to their next party destination.

The legal proceedings will be over  soon, but individual involved in this case has had his or her life permanently altered by what occurred and what was said afterword.  One can only hope that everyone involved has learned the dangers of underage binge-drinking, the ugliness of vulgar and cruel texts and tweets and, perhaps most importantly, that children, even teenagers, require supervision and ethical guidance from the adults in their lives.