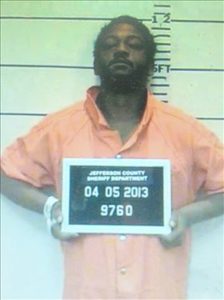 Wintersville police are tight lipped about the investigation of an alleged sexual assault near Indian Creek High School.

Multiple sources close to the victims involved have confirmed that an alleged sexual assault did happen as police are saying, but gave more details:

Last Friday evening, a 16 year old male and his teenage girlfriend were walking along a trail near the high school when 33 year old Andre Wade allegedly jumped them with a knife. He put the knife to the boys throat and he was forced  to watch while his gf was sexually assaulted.

Wade was arrested and charged with rape, felonious assault and possession of cocaine. He was arraigned on Monday.
Wade remains in jail on $250,000 bond.

UPDATE 4/18/13: Andre Wade appeared in court yesterday for a probable cause hearing. for more info from local WTOV9 click here

Updated 5/2/13: Andre Wade’s case did not go before the Jefferson County Grand Jury as planned due to prosecutor Jane Haanlin stating she is waiting for the results of a rape kit to come back from Ohio BCI.

Update 6/30/13: Andre Wade has yet to stand trial after pleading not guilty and not guiilty by reason of insanity. A judge will have to rule on Wade’s mental competency before Wade can face the charges of raping a teen girl and beating up her boyfriend behind a Wintersville School.
Prosecutor Jane Hanlin says “the timing depends on how long it takes medical professionals to evaluate his (Wade’s) mental status.