Steubenville Grand Jury: Delayed for 2 weeks and the return of KY Anonymous 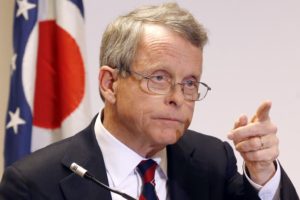 Twitter was abuzz earlier today with confused Jane Doe supporters, members of anon, and media over Attorney General Mike Dewine’s announcement today that The Steubenville grand jury will be selected on April 15th, and will then be delayed for 2 weeks as the AG’s office continues going over evidence to eventually present to the grand jury.

“We have to do this right,” DeWine told media earlier today. “We are still evaluating and going through some evidence and we do not want to start this process until we have done that.”

Anonymous still plans to hold a rally on the Jefferson County Courthouse steps at 11 Am on Monday, but several protesters who are traveling from out of town planning to stay for the week are very disappointed and angry over the delay. “when will Jane Doe finally get justice.” one activist wrote online.

There is no Ohio statute that states a grand jury process must be a speedy one. Dewine also noted in previous briefings to media that this grand jury will not meet on a daily basis once things get rolling, and will most likely alternate days.

Other frustrated  journalists mused amongst each other over coffee that they had spent their budgets planning to stay in the Ohio Valley area for a week assuming the process would wrap within 7 days or that their respective outlets won’t be sending them to Steubenville to just stand around everyday waiting for the final press conference when the grand jury has finished their investigation.

The day was brightened for anonymous and activists by the return to twitter of KY Anonymous, one of the original organizers of #oprollredroll who used weaponized media on behalf of the victim and brought  international attention to the Steubenville case.

Documentary crews that were set to descend upon Steubenville for what should have been the beginning of the grand jury on Monday are also left scratching their heads as to what to do after Monday’s Anonymous rally.

What began in August 2012 that made one girl’s life a living hell, and turned the town of Steubenville upside down, will be over soon enough. (It will never be over for Jane Doe, and definitely not in a speedy grand jury process.)

The question on everyone’s mind is where do we go from here when the final decision is reached and the final pending civil suits are settled or rendered.