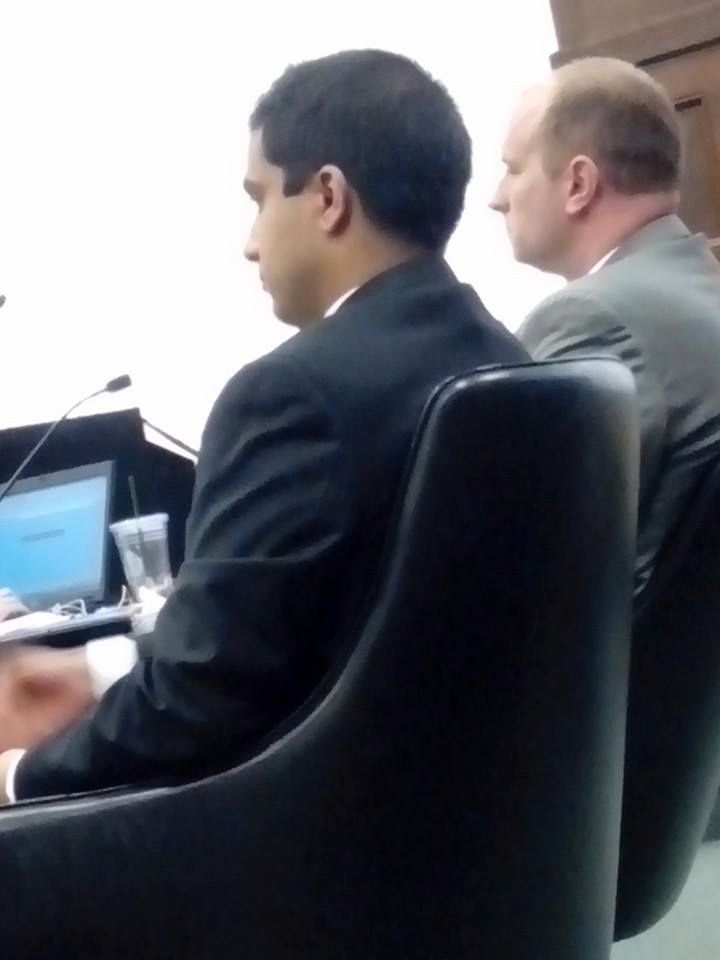 Andrew Miller had his day in court earlier this after noon. Miller accused of stalking multiple women in a Moon Township Giant Eagle while taking cell phone video underneath their skirts to see their nether regions.

Miller sat emotionless in court as Judge Randal Todd listened to the Commonwealth of Pennsylvania present their case, only once briefly choking back tears when his lawyers lost a motion to suppress all the evidence against him. Following losing the motion, Miller’s lawyers urged their client to take a plea deal, but were rejected by Miller citing love for his wife, child, and soon to be born other child.

The victims of Miller sat opposite in the courtroom, one victim weeping and covering her eyes as the court played videos seized from Miller’s phone depicting shots of Miller going under women’s skirts.

Miller, a former Dick’s Sporting Goods employee, refused to face the victims or watch his videos and hung his head blocking his eyes from the overwhelming evidence against him. Miller was fired from Dick’s following an internal investigation using company security camera footage showing Miller stalking female coworkers in the vast Dick’s cafeteria and offices. Dick’s was made aware of their former employee’s conduct when Moon Township Police and Allegheny Police began investigating Miller’s stalking of women at the Giant Eagle Supermarket on Multiple occasions in May of 2013.

Judge Todd sat on the bench looking disgusted as 8 separate videos from Miller’s Phone, and Dick’s security footage were shown. There was no need to show the additional security footage from Giant Eagle following these disgusting videos, and Miller’s own attorneys had no defense for his actions or the evidence against him, and promptly rested without calling or facing a single witness.

Miller’s legal team tried getting all the charges dismissed, but Judge Todd visibly upset shut down that motion immediately.

Miller was found guilty on all 7 counts of invasion and criminal invasion of privacy, and will be sentenced on September 8th.

Following the guilty verdict, the victims cheered and high fived one another after being put through a terrible ordeal over the last year.

Everyone left the courtroom with no comment, and a representative for Dick’s Sporting Goods had no comment when I called their offices following the hearing.