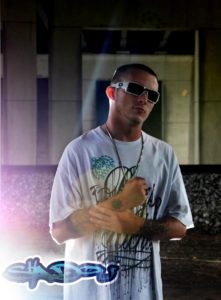 It’s been a busy week for a  26 year old rapper from Kentucky who recently unmasked himself as KY Anonymous, the man who spear headed #ophuntermoore, #opwestboro and then #oprollredroll in Steubenville, Ohio. Deric Lostutter/KY weaponized the media to bring international attention to the rape of a 16 year old victim.

The town of Steubenville would never be the same after Ky and Justbatcat aka Noah Mchugh began by taking over rollredroll.com on December 23, 2012 by defacing the Steubenville booster website with a message from anonymous, and releasing site owner Jim Parks’ emails. The rest as they say is history. It’s been 6 months since the operation was launched and has cooled down with the convictions of Trent Mays and Ma’lik Richmond back in March. A Steubenville Grand Jury between multiple breaks is currently investigating if more crimes were committed during the night in question where Jane Doe was raped, and if 16 other individuals should be charged for refusing to cooperate with investigators.

Deric also may find himself in front of this Grand Jury, as Feds raided his Kentucky home back in April searching for evidence as it pertained to the Parks Website Hack. Ky anonymous had briefly resurfaced online using the hacked twitter account of Popadopalous in April, to tweet shortly before the raid on his home. Since April 16th, the account that used to belong to Pops (used by KY) went silent.

Last week, Ky made his final return via his rapper Twitter account announcing Project Knightsec and his legal troubles with a plea for defense fundraising.  KY is being represented by the Whistle Blowers Defense League, a team of attorneys who represent Journalists, members of anonymous, activists, and whistle blowers like Barret Brown. The WBDL is spearheaded by attorneys Jason Flores-Williams and Jay Leiderman. (Jay Leiderman represents anonymous powerhouses like Commander X, and Lulz Sec Member Topiary) Within 72 hours of launching his wepay campaign, KY had  $30,000 raised from supporters. Ky facing a decade in prison, while Mays and Richmond only serving a year for the rape of Jane Doe.

Ky’s legal team then asked for a goal of half a million dollars for his defense. The funds would cover waging an all out war in the courtroom, and also cover his lawyers expenses, and provide security during the coming trial. There was a social media backlash at the new fundraising goal, which prompted KY/Deric to refer questions to his attorneys. This went on for days. accusations of greed, and fame whoring were thrown at KY.

KY has not been formally indicted yet, but in a statement released yesterday, Williams released a statement on behalf of his client: “Thru talks with US GOV, we know that Deric will be charged with 3 felonies under CFAA,Can’t say more due to AC privilege. But facing heavy time. Stand together.” -JFW

I reached out to Williams via email to ask questions regarding the concerns of the public as it pertained to trying to raise half a million dollars, and received a response back validating the goals of the legal defense fundraising:

“I doubt seriously we get to even 50 thousand. But the money will be used specifically for defense expenses. Example:basic travel costs for attorneys to hearings, basic travel costs for witnesses to hearings, multitudinous subpoenas (service of process expenses), government witness interviews and legal document transcription costs for possible impeachment at trial, expert witnesses ranging from 6 to 10k per (not including their travel and report expenses), independent computer forensics, investigation of persons in Ohio, pretrial discovery, voir dire research: this is all prior to commencement of actual trial of which basic costs–travel, stay; witness travel and lodging, exhibits and document prep, are extremely high. To put on an a strong, fierce defense pursuant to a Defendant’s Sixth Amendment rights in America is a costly proposition.

Furthermore, there may be a need for security for the defense team during any extended stays in the Steubenville area.” -JFW

when asked about what will become of any left over funds, or if the funds aren’t used Williams replied:

“We have kept names of all donors and will write them: 1)thanking them. 2)Asking if they want a refund or if they would like the WBDL to use their funds for our next case.”

Furthermore, Wepay uses a social security  number for tax purposes as it pertaines to funds raised,I asked ultimately who will be paying taxes on the funds raised and Williams Answered: “A question for our accountant….But as w see it, there is no profit from the funds as it they are solely for expenses, so that while reporting them, we should not pay taxes on them as income. It’s a great question. All we can do here is be totally open and transparent.  And report properly.”

On a side Note, Mr. Williams wanted it known that he is a die hard Steelers fan.
Currently the Ky legal defense fund has over 44k raised as of the time of this story being filed. In the meantime, Ky has been once again weaponizing the media bringing atttention to his story, and his upcoming battle with the US government. Ky has appeared on countless blog talk radio shows, done press with TV and print media all last week, and even says he’s had a panic attack which resulted in a hospital trip due to battling with all the trolls coming after him.

The feds are after Ky for the website hack mentioned earlier, but KY has maintained he has not hacked anything while his partner JUSTBATCAT akd Noah Mchugh has publicly admitted on twitter, and in a Herald Star Interview that he is the only one who commited any computer crimes during the op. I have called and texted Mcgugh multipe times for a comment on recent developments and to see if he also has been hit by the feds. He has not responded to requests for a comment. Noah works for the DOD, and it is suspected that because he works for the government he has not been touched.

The Computer Fraud and Abuse Act is designed to prosecute individuals who knowingly access “protected computers.” In theory the CFAA only applies

“The only computers, in theory, covered by the CFAA are defined as “protected computer”s. They are defined under section 18 U.S.C. § 1030(e)(2) to mean a computer:

In practice, any ordinary computer has come under the jurisdiction of the law, including cellphones, due to the inter-state nature of most internet communication.” -SOURCE WIKIPEDIA

Criminal offenses under CFAA are defined as follows:
(a) Whoever—

(1) having knowingly accessed a computer without authorization or exceeding authorized access, and by means of such conduct having obtained information that has been determined by the United States Government pursuant to an Executive order or statute to require protection against unauthorized disclosure for reasons of national defense or foreign relations, or any restricted data, as defined in paragraph y. of section 11 of the Atomic Energy Act of 1954, with reason to believe that such information so obtained could be used to the injury of the United States, or to the advantage of any foreign nation willfully communicates, delivers, transmits, or causes to be communicated, delivered, or transmitted, or attempts to communicate, deliver, transmit or cause to be communicated, delivered, or transmitted the same to any person not entitled to receive it, or willfully retains the same and fails to deliver it to the officer or employee of the United States entitled to receive it;
(2) intentionally accesses a computer without authorization or exceeds authorized access, and thereby obtains—

(6) knowingly and with intent to defraud traffics (as defined in section 1029) in any password or similar information through which a computer may be accessed without authorization, if—

(A) such trafficking affects interstate or foreign commerce; or
(B) such computer is used by or for the Government of the United States;

(7) with intent to extort from any person any money or other thing of value, transmits in interstate or foreign commerce any communication containing any—

If Deric did not hack the website, cause damage to any computers, steal someone’s identity, or try to extort money from Jim Parks and Batcat has taken sole credit for the hack and all criminal activity associated with the hack,

What could be the feds case against KY under CFAA?