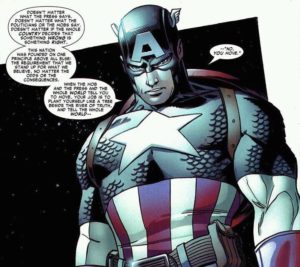 6 months ago, thousands of people rallied behind the man known only (then) as KY Anonymous and #knightsec as he rallied the world behind a 16 year old rape victim in Steubenville, Ohio. The tactics then were aggressive weaponizing the media, and posting countless tweets regarding some individuals involved and quite a few not involved in the Steubenville rape case. 2 boys were already charged and on house arrest when anonymous got involved, but the goal was to alert the world to the graphic details behind the story. Some of those details were false or grossly exaggerated by either Ky or his supporters, but the goal nonetheless was to produce public outrage over the shaming of this girl.

The mission to weaponize the media and produce such outrage was accomplished. Thousands rallied in Steubenville. Media from across the world camped out in Steubenville. Ky did some media interviews, and eventually the 2 boys charged were tried and sentenced in a court of law. #oprollredroll was over and a success according to the initial goals set out in the beginning. Everyone touted the Knightsec/KY banner for over 6 months until the last few days after Ky unmasked as Deric Lostutter revelaing the feds had raided his home gathering evidence on the rollredroll.com website hack that his partner Batcat aka Noah Mchugh did. It appears that Noah, a defense department employee will not be charged with any crimes. Noah is preparing for his wedding while Deric(KY) is facing 25 years in prison for his role in #oprollredroll. A grand jury has been convened in Steubenville and is hearing evidence on 16 individuals who refused to cooperate during the initial August 2012 rape investigation, and will determine if other crimes were commited during said investigation.

Deric after unmasking began seeking donations for his legal defense, but soon after raising over $40,000 alot of his supporters began turning on him as he proceeded to do dozens of interviews. Deric/KY was soon attacked on twitter as a “fame whore, ego fag, fake, fraud” and worse descriptions that we won’t get into here. There has also been countless youtube videos made by Deric in which he uses satire to make fun of women, food stamps and more that are now being used against the boy in the public’s eyes.

People quickly began forgetting how Deric/Ky started #oprollredroll as a means to not only stand up for a rape victim, but for a cause he believed in which entailed speaking out against crimes and a situation in a small Ohio town that he believed was wrong. That is something that this country was founded upon, and something people continue to fight for to this very day. The right to stand up for yourself, and the right to stand up and speak out against things you believe are wrong. The right to risk your freedom, and everything you have to speak out against the government, and stand up for your beliefs.

Over the weekend, Deric/Ky clearly beginning to feel the pressure of his pending legal troubles and the constant attacks of his once supporters/now haters, Deric according to his tweets got drunk, and began fighting back against those trash talking him on social media. This went on for hours until, Commander X attorney Jay Leiderman stepped in and advised the 26 year old Kentucky rapper to hush up, and take a break from twitter. Ky took the advice touting some kind of special announcement later today on the Jake Tapper show on CNN.

The entire thing reminds me of a Captain America dissertation on Mark Twain during the Marvel civil war series in which Captain America was labeled a criminal by the government for standing against laws he felt to be unconstitutional. The quotes are as follows:

“I was just a kid…A million years ago, it seems sometimes. Maybe twelve. I was reading Mark Twain. And he wrote something that struck me right down to my core…something so powerful, so true, that it changed my life. I memorized it so I could repeat it to myself, over and over across the years. He wrote –‘In a republic, who is the country?

Is it the government which is for the moment in the saddle? Why, the government is merely a temporary servant: it cannot be its prerogative to determine what is right and what is wrong, and decide who is a patriot and who isn’t. It’s function is to obey orders, not originate them.

Who, then is the country? Is it the newspaper? Is it the pulpit? Why, these are mere parts of the country, not the whole of it, they have not command, they have only their little share in the command.

In a monarchy, the king and his family are the country: In a republic it is the common voice of the people each of you, for himself, by himself and on his own responsibility, must speak.

It is a solemn and weighty responsibility, and not lightly to be flung aside at the bullying of pulpit, press, government, or the empty catchphrases of politicians.

Each must for himself alone decide what is right and what is wrong, and which course is patriotic and which isn’t. You cannot shirk this and be a man.

To decide it against your convictions is to be an unqualified and inexcusable traitor, both to yourself and to your country, let men label you as they may.

If you alone of all the nation shall decide one way, and that way be the right way according to your convictions of the right, you have your duty by yourself and by your country. Hold up your head. You have nothing to be ashamed of’.”

This nation was founded on one principle above all else: The requirement that we stand up for what we believe, no matter the odds or the consequences. When the mob and the press and the whole world tell you to move, your job is to plant yourself like a tree besides the river of truth, and tell the whole world–

That’s a very powerful speech, and Deric has remained vocal since coming back into the public light. Many people fault him for that, but what if it was you. Would you remain silent facing 25 years in prison while your partner, a government employee gets away scott free? Would you not weaponize the media again to get your side of the story out there? After knowingly risking your freedom by speaking out and conducting various other anon ops not want a little help from your comrades, and to let the public know what is going on?

I personally have no dog in this fight, and can’t wait until the Steubenville drama is over. i may not have agreed with all the tactics used during #oprollredroll, but as I was reporting it I couldn’t say that. I will say that I am fully behind the idea that is anonymous. The rights to stand up for what you believe in no matter what the cost.

I also feel that not just KY should be facing prison time as it pertains to the Steubenville case if the government wants to go after anonymous, and conduct by individuals during the course of this drama. So far, Ky is the biggest fish nabbed by the feds, but there were bomb threats made against local schools in steubenville (suspected by what one Steubenville Law enforcement official on grounds of anonymity describes as  “locals who just wanted to start shit and put a bad name on the pecaeful masked up protesters from the rallies.) The investigation into those threats, death threats against Sherrif Fred Abdalla, his family, Chief Mccafferty and his family, as well as threats against this reporter are still being investigated with no arrests. I’m told the FBI has suspects but no one except KY and potentially the individuals on the block by the grand jury are facing charges. It’s definite KY will be facing charges, the grand jury has no guarantee of charges.

The question is, why are they dragging ass on the individuals who threatened residents, journalists, and law enforcement officials not caught yet and facing charges.

Say what you want about Deric/Ky, but he stood up for what he believed in despite the consequences. How many of us can honestly say that we would do that until the bitter end?

If you need help with your PR Deric, gimme a call. That’ll mean I can no longer cover this stuff, but I respect you standing up for what you believe in no matter what, and want to help if I can as it pertains to your social media and media stuff.
There are still many KY supporters out there. In situations like this, the good always outweighs the bad.

One thing is damn sure though: Steubenville is no longer about a 16 year old rape victim. It’s become more about people attacking each other over who is right, and who is wrong. That the masked people are evil, and the town supporters are right and vice versa. It’s become a gross shell of it’s former self with the young teen lost in the mix. It’s about second guessing, hating on each other, and trying to make people look bad on either side of the coin. It’s now about attcking and second guessing MSM,bloggers and Indy journalists.It’s about pointing out each other’s mistakes. (and there were mistakes galore made during this case on all sides: anon, media, town supporters, anon supporters, and hell I made quite a few, but what does it matter this was never about any of us.)

People have lost their minds over this case finally, and it’s become a pathetic shit show.