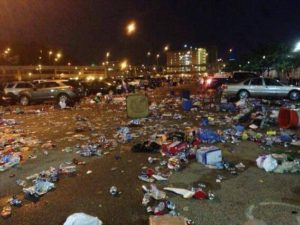 Kenny Chesney hit Pittsburgh with his No Shoes Nation Tour on Saturday. I’m no country fan, but a very pretty young  lady I used to date years ago invited me to come tailgating with her and her girlfriends before the show. I was rather tired, and slightly still buzzed from The Summer Solstice Gathering of Pittsburgh the night before, but I figured, what the hell…why not? It may be worth a story as I hear police, and medic stories of years past of the horror stories of the country music fans who descend upon Heinz Field every Year. Mass amounts of trash left behind. (Picture scenes of the bull dozers leveling the tents at Occupy Wall street….Now imagine trash piles ten thousand times worse.) Heavy intoxication to the point of almost death for many concert goers, fights, drunk driving, and drunk boating.

I arrived at the Heinz Field Gold Parking lot 1, and spent hours walking thru drunk country fans playing corn hole, getting in the way of carscoming in to park, and the Pittsburgh Police were there only to direct traffic, and make sure no one had tents or canopies up. Thousands of beer bottles and cans being consumed, thousands of jello shots every where and drunken debauchery.

I never met up with my friend because she told me she was in the wrong parking lot, but I did go back to Heinz Field late at night to survey the damage. Garbage in our rivers, Garbage all over the historic riverside walkways, and thousands of pounds of trash, beer cans, food and worse lining the gorund of all the parking lots. It was disgusting. I was able to speak with a Kenny Chesney tour truck driver about the carnage and wasteland that was once parking lots, and he (on the condition of anonymity) told me that Pittsburgh is an awesome town to play, but it is the worst when it comes to drunken behavior, and trash left behind. He’s been coming to the burgh now on the tour for 3 years, and It gets worse every year in his opinion.

After all the concerts and Steeler games I have been to, i have never seen the lots trashed this bad, so i believed the driver. In all of my experience going to concerts, and local venues, I have never seen this much lack of responsibility, and respect towards a city or it’s venue.

It’s now Monday, and the mountains of trash are still being cleaned up. 73 arrests, several people taken to the hospital for alcohol poisoning, and one young lady after a 14 hour binge passed out in a bar in Southside.

The city has not responded to calls for a comment on the destruction left behind or how many hours of city overtime is being sent on the cleanups, nor has the city addressed stories from the weekend of drunk country music fans terrorizing children on our subway systems.