US Resorts to Bullying Nations Over Snowden 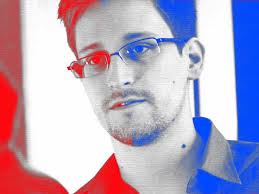 Ever since Edward Snowden released information of NSA monitoring of United States citizens in the efforts to combat terror, The United States has been reeling on a PR spin campaign to distract Americans from the grim truth that we now live in Orwell’s 1984. The media rather than investigate the scope of the NSA’s monitoring, has resorted to playing the game of Where in The World Is Carmen Sandieg0? (I mean Edward Snowden). The US government, revoked Snowden’s passport without a trial, and Snowden is reportedly somewhere in a Russian airport awaiting Ecuador to either accept or deny his request for asylum. Ecuador is having difficulty with this request as he is not on Ecuadorian soil. Hong Kong made it clear they would not extradite Snowden to the US, and now that he’s supposedly in Mother Russia, the Russians are staying out of it and have also refused to apprehend Snowden and return him to the US.

The Obama administration has made it clear to any and all countries who may hide or accept Snowden’s asylum request that there will be dire consequences if the accept this enemy of the state. Mostly trade restrictions, but these other countries seem to be enjoying telling the United States to fuck off now that Snowden’s information is out there that not only US citizens are being spied on, but that “MURICA” has also been spying on foreign nations and hacking into their communications for years.

In response to the US bullying and puffing of their chests, Ecuador today renounced any current trade deals with America, and offered to pay 23 million dollars a year to train the government on human rights. As if the world doesn’t hate America enough. This recent round of threats and bullying certainly seals the deal that Murica is and always will be the world’s most hated nation. Terrorists have nothing to do with that. We brought it upon ourselves by touting our alleged moral and military superiority all over in the name of democracy.

Meanwhile, the incompetent NSA, CIA, and FBI are chasing their tails overseas trying to find Edward Snowden, who is being assisted by Wiki Leaks in his fight for freedom and safety.

The biggest question on my mind is, will MURICA start yet another useless war to find apprehend and kill Snowden?