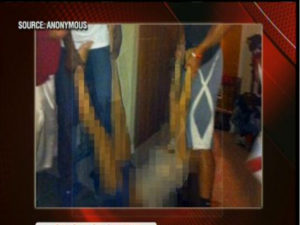 Fresh off another very long break, The Steubenville Grand Jury was back in session yesterday in a marathon session that lasted until 10 PM last night. The grand jury resumed hearing evidence this morning at 9 am, and after today’s session, the grand jury will break again until July 22nd according to court officials. Court officials also expect the GJ will wrap between July 22 and the 26th.

The Steubenville grand jury was convened in March by Ohio Attorney General Mike Dewine following the trials of 2 teenage boys who were found delinquent in the rape of a 16 year old girl back in August of 2012. Dewine said the grand jury was necessary to bring closure to the case, and to answer lingering questions left over from the rape investigation. A combination of 16 adults and minors refused to cooperate in the initial rape case, and may have commited additional crimes on the night of the rape and/or during the investigation such as failure to report a crime, tampering with evidence, obstruction of justice and possible other charges.

AG Mike Dewine’s office could not confirm the future schedule of the grand jury beyond this morning.

Update 7/10/12 The Ohio Attorney General’s office has confirmed this morning that the grand jury will be on break until August 12th. The court officials who spoke with media citing wrap up by July 26th were wrong.