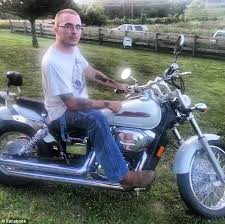 Deric Lostutter, the anon formerly known as KY had around $59,000 in his wepay leagal defense fund that he set up shortly after announcing to the world that he was raided by the FBI in connection with his role in #oprollredroll and the alleged rollredroll.com hack. There have been no charges filed since he was raided in April. Earlier last week the Defense fund was at $53,000 with a 6 thousand dollar difference. It’s been since discussed that the 6k may have been refunds with no official confirmation.

On his Project Knightsec website, (website not being linked due to IP trackers embedded within the site) Lostutter announced “The Defense fund has been put on hold, (taken down) whilst we wait for any litigation as we dont want to accept more money than needed. Taking it down also prevented a few scam attacks that came at the fund but were thwarted by my lawyers. We thank you for the support thus far and standing by me as we take the case head on and try and get TRUE justice for Jane Doe in the face of adversity.”

Lostutter also on his twitter and KY anonymous fan page claimed that on August 12, 2013 the Ohio Attorney General will announce 48 indictments with none being members of anonymous via the Steubenville grand jury which has only met 7 times since it’s seating on April 15th. The Ohio Attorney general’s office disputes this claim and says that the grand jury will resume hearing an weighing evidence on August 12th with no end date in sight or further information in general.

Lostutter’s attorney, Jason Flores Williams explained to me in an email the reason why the $50,000 we pay fund campaign has been suspended, and confirms there has been refunds:

“With refunds and fees, the defense fund reached 50k, which is a good interim amount. We now have enough resources to carry us through initial investigations, grand jury practice, discovery, arraignment, travel costs – deep into the mid-section of any necessary litigation. Mr. Lostutter’s sixth amendment rights are in excellent condition.

Once we get past the grand jury phase, so that we need further funds to do battle with the government on equal footing, then we will simply reactivate the fund’s capacity to receive donations. For now, it is simply a matter of protecting the fund from any unnecessary fees, costs or potential scammers. If someone wants to make a donation, they can always contact us here at the law office.
We would be remiss if we did not take this moment to say thank you to all of those who have donated to this cause. Your help has given us faith in our constitution.”

We’ll keep ya updated with further developments in the Steubenville Grand Jury, the pending charges on Lostutter and more.