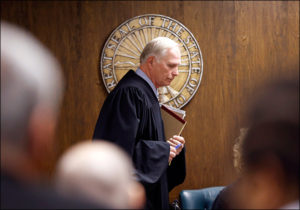 The Steubenville Grand Jury which went on break earlier this month, won’t be resuming anytime soon.

Investigators are waiting for forensic evidence from computers and cell phones being conducted by third parties including Microsoft according to Ohio Attorney General Mike Dewine.

The Steubenville Grand Jury has only met 11 times since it’s calling on April 15, 2013. The grand jury is hearing (and weighing) evidence against other individuals who may have committed additional crimes during the August 2013 rape of a 16 year old girl, as well as, if school officials and others knew of the rape, but did not report it.

Trent Mays and Ma’lik Richmond were found delinquent on the rape and are teen registered Tier II sex offenders currently serving their sentences.

There is no word on a set date for the grand jury to reconvene.