Ohio Attorney General, Mike Dewine announced an hour ago that the first indictment in the ongoing special Steubenville grand jury came back.

This indictment came as a surprise to everyone as the grand jury only met one day on Friday and was on a month’s break following their last meeting. Media was alerted last week to expect indictment announcements around the week of October 21st.

Not much information was given upon request as to how the grand jury came to their findings warranting an indictment of Mr. Rhinaman, just that ” Rhinaman committed those offenses.” The Ohio Attorney General’s office did not care to elaborate on that statement despite multiple questions on the phone by myself.

It is also my understanding the grand jury is still an ongoing investigation with more possible indictments coming.

As of the time of writing this blurb, Mr. Rhinaman had been arrested once the indictment was made formal and is expected to appear in court on Wednesday.

In a related story, Deric Lostutter formerly known as KY Anonymous and the facilitator of all the lies in the Steubenville case and tiny chat penis exposure fame, has begun once again to fap his ego, pat himself on the back publicly and is attempting to take credit for a grand jury process (one he also lied about) and an indictment of someone he didn’t even know who was allegedly involved in the Steubenville case.

One thing is for sure, this case is far from over, and the internet bickering and speculation sure as hell won’t 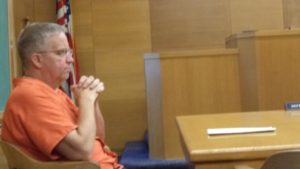 be dying down anytime soon.

You can view the full indictment against Rhinaman HERE

Rhinaman is expected in court for full arraignment Wednesday at 1Pm. He is currently being held in the Jefferson County Jail being held without bond.

If Convicted, Rhinaman could face up to 4 years in prison.