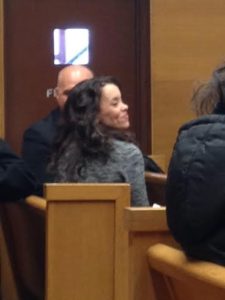 West Elementary Principal Lynette Gorman (one of the 6 indicted by the special Steubenville Grand Jury) had her charge of failing to report child abuse or child neglect in regard to an alleged rape that happend in April 2012 which went unreported until September 2012, in which she allegedly received information about a party and the alleged crime was dropped earlier today.

Gorman must complete 40 hours of community service and must speak with school teachers and administrators in the school district bout recognizing child abuse, and reporting it immediately in the future as part of an agreement with the state in exchange for charges being dropped.

“The resolution reached today is in the best interests of the Steubenville community as the area continues to heal and move forward,” said Ohio Attorney General Mike DeWine.  “Ms. Gorman will be part of the work that is being done in Steubenville to educate students and school officials about the seriousness of sexual assault and the need to report these incidents.

“We want something positive to come out of this tragedy.

“The interests of the community are served by having the principal acknowledge that she should have done things differently.  And, she acknowledges how very important it is to report child abuse and neglect. This will make a difference in the future. The reality is that because the charge was a fourth degree misdemeanor, and she has no prior record, had this case gone to trial, the most that could possibly come out of this is that she would have been sentenced to a short amount of jail time, with no acknowledgement that she did things wrong and no ability to move forward.”

Gorman stated she would have acted differently if she could go back in time.

Other people indicted by the Steubenville grand jury Matthew Bellardine, Seth Fluharty, Mike Mcvey, Walter Rhinaman, and Hannah RHinaman have yet to begin their trials.