Third in Steubenville Grand Jury Indictements Has Their Day in Court 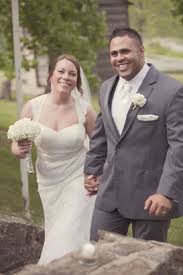 Seth Fluharty, The 3rd of six who were previously indicted during a special grand jury investigation into the infamous Steubenville Rape Case, as well as an April 2012 alleged rape had his day in court. (The April 2012 alleged rape was investigated twice,<once y law enforcement, and secondly by the Steubenville Special Grand Jury> and was deemed no criminal activity beyond the indictments  or that a rape had occurred due to a lack of evidence.)

Fluharty was indicted for failing to report a crime as it pertained to the rape of Jane Doe in August 2012, and struck a deal with prosecutors.

Mr. Fluharty will perform 20 hours of community service  at a local domestic violence shelter and attend additional training for the Steubenville School District from the Ohio Alliance to End Sexual Violence. All charges will then be dropped providing Fluharty stays out of trouble.

Previously Hannah Rhinaman reached an agreement to go to a drug rehabilitation program in lieu of prosecution for her charges which had nothing to do with either rape case.

Volunteer football coach, Matthew Bellardine faces multiple charges stemming from the grand jury investigation into the August rape, and is expected to appear in court on April 22nd. Sources claim Bellardine will plead guilty to all charges, but no information is available as to if he will do so in exchange for a plea deal.

William Rhinaman‘s trial keeps getting delayed, his trial is slated to begin in May.