We’re Dead But We’re Not Leaving 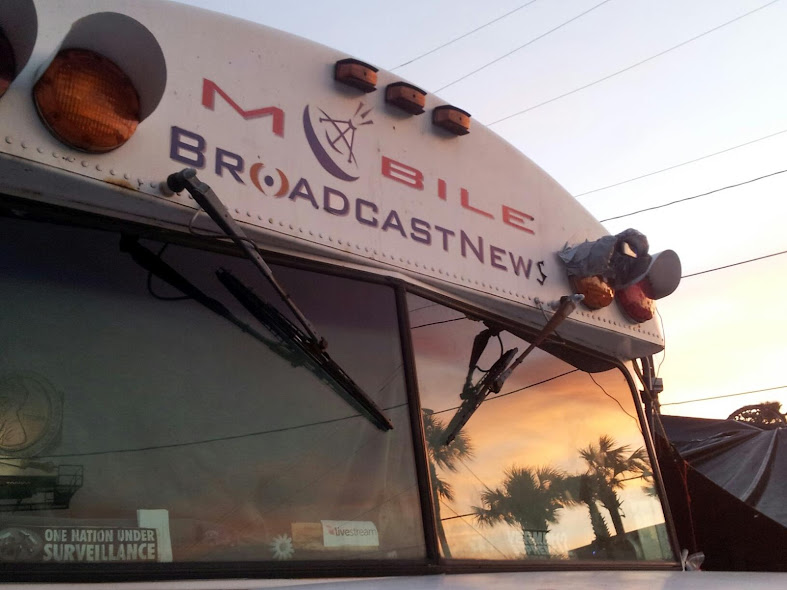 MBN is done as a collective.
There will Be No New Original Content Here.
The original energy of this project has dissipated.
The original function of this project is no longer necessary.  This project was started in a period of low level independent media production from mainly established stationary collectives.  Within a few short years the original producers on this site and others had blazed a trail of buses, RVs, airplanes and hotspots that would change the face of independent media saturation in the daily lives of average citizens.  We believe in decentralization of ALL power and therefore have disbanded this site..  The MBN incubation chamber is no longer needed becasuse technology has progressed to the point of making mobile journalism accessable to everyone who wants to engage the process.  We wish all the new media collectives and neo Paul Revere’s the best of luck in exposing injustice.  We hope that the public will not turn away from the hard truths you are telling inorder to spend more time giggling at kittens. And we hope that we all remember to FLOW… with the tech, the transportation, the renewables and most importantly the tactics available to us from both behind and in front of the camera.

To those responsible for today’s DDOS attack on this site; we find it hard to belive that this, now defunct website full of historical documentation posses you any threat.  This attack was clearly the work of childish nonsense or fascist corpo/gov paid outside agitators who can kiss our collective ass.

This Site Is Protected.
You Should Have Known.
Expect Our Content To Remain.

MBN was by far the best collective of independent journalists from across the world that changed the game for Media,

Very proud to have been apart of it. I set a record with Amanda Blackburn for over a million reads, and the work on steubenville brought so much traffic during the steubenville verdicts that it crashed our servers for weeks.
such a wild ride, and bad asses out on the front lines.