In retaliation for writing the last 2 articles exposing Austin Ayers and WPMG as not only liars, frauds, fake news and plagiarists. The boy wrote and posted this fake story on me. let’s break it down in the article I’m called a journalist, but in a facebook post I’m impersonating a journalist….which one is it cupcake?

So very strange that all these anonymous sources came forward  minutes after I filed my other story about the sham that is WPMG.

Rather convinient for them to get that incoherent rambling hit piece out on me so quickly.

Even more convinient that they immediately offered to remove the story in exchange for me removing my fact based pieces.

REPORT: A local Pittsburgh journalist who impersonated a police officer is now under investigation

In the article it says i was unavailable for comment. Odd considering a conversation between myself, Ayers and my legal counsel told us directly that the article would be removed if I removed my factual articles, and they would never write about me again. Highly strange actions for someone claiming to have so many sources.

Rather strange an alleged respectable newsroom would pull down their  laughable multi sourced story so quickly if we removed my articles that have evidence to back my words up so they won’t look bad, wouldn’t you agree? Why would a news organization offer such a deal especially with a lawyer in the mix? Because he’s  a liar and was too dumb to realize that he admitted to attempted blackmail in an email. 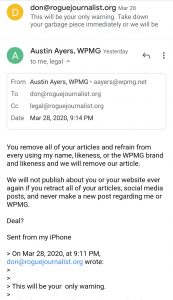 He also made mention that i threatened him with arrest and violated his freedom of speech when i contacted him when i exposed the original fake story he wrote about UPMC. Emails between us dated march 13th also show that is a lie.

He made false allegations that i impersonated a police officer..strange considering I work with the Pittsburgh Citizen Police review board, which is a city of Pittsburgh government organization, and the city would be on that pretty quick I would think. I’ve also worked with the Pittsburgh police attending their citizen police academy this year, and worked with the city and DHS on a live shooter drill at the convention center.  It is in fact true that Ayers has a very well documented series of allegations on facebook accusing him of impersonating law enforcement and first responders. all ya gotta do is search his name in public social media posts.

To do all these things with the city of  Pittsburgh, I have to have a clean record which I do. despite his false claims in this fake hit piece that I have a history of assault convictions, and a case from 2007. Pennsylvania courts have no record of that as shown below, and in fact once again prove Ayers is lying again. 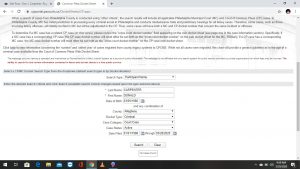 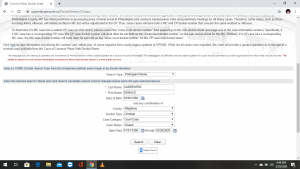 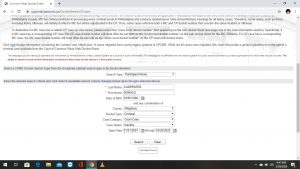 Ayers is fixated on criminal records so much, that he seems to forget his pennsylvania state trooper  arrest in 2018 after having a 17 year old kid shoot up a family’s  home and then bragged about he had their home shot up on facebook after the crime.

for the rest of this wpmg article filled with lies, not even gonna address the ludicrous underage girl statement, as it’s clearly false.

I can confirm though, that I am a god damn national treasure, and I have a track record to prove it.

Austin Ayers though or as nurse jay cool pic in your moms highland avenue, kittaning  basement  btw)as he’s  calling himself on twitter while pretending to be a future nurse during a crisis in Pennsylvania has an record for being known as a fraud so bad, that Butler dedicated a facebook page to warning people about his scams

Ayers and WPMG could at least get my address right. Haven’t lived on Wainbell Avenue for 8 years. Funny how WPMG has all these alleged anonymous sources all the time especially when attacking people like the woman in the link above on social media and in a hit piece very similar to the one he wrote on me,  but never seem to be able to back up their claims in any article they publish and/have to retract at times.

I don’t give in to blackmail or threats what I will do though is keep working. Only cowards and guys with tiny dicks make up stories and play pretend to make themselves seem important.

If this fuckery wasn’t gonna be buying me a new house and owning all of Austin’s cars and gear when the courts open back up…..I’d almost feel pity for the child.

Words out junior. You’re a fraud, a liar a plagiarist, and someone who uses his fake news site to harass women  who turn you down. of course. From a guy that once faked a newsroom staff stealing pictures from shutter stock and people’s identities for his old fake news site…..it’s really easy to bust you.