On a Facebook post by someone in the Pittsburgh film community calling out Austin Ayers after his fake UPMC hospital story was debunked by me on March 13, a young woman came forward to discuss how in November 2019, she was harassed by Ayers pretending to be an assistant director/film maker on set of a Jason Mamoa film in Pittsburgh, and how he wrote a false news hit piece on her after rejecting his romantic advances in November 2019. 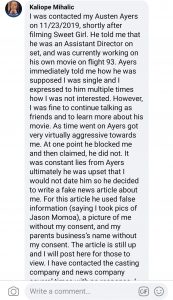 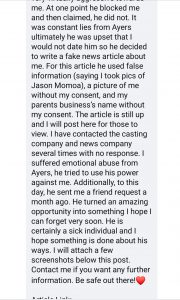 The woman went on to share snap chat screen shots of Ayers becoming aggressive after she rejected his advances and went on to threaten her that she’d be on the news in a bad way following the conversation. That it was his job to report on her, and KDKA and WPXI  would be joining in. speaking with representatives from WPXI and KDKA earlier today, they have no knowledge of this women or the subject Ayers referred to in the screen shots or the article he eventually wrote slamming the woman with made up allegations. 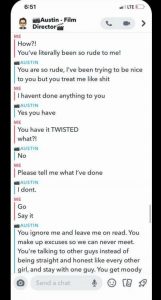 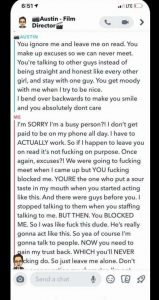 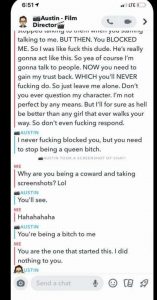 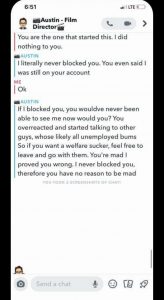 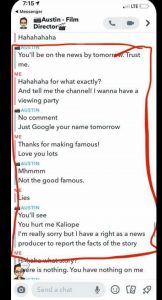 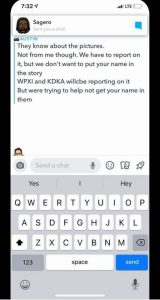 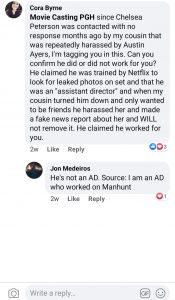 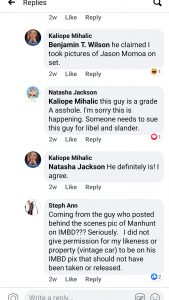 Another woman also came forward on the thread to ask if he really worked on the Man Hunter set,and confirmed  Ayers also pulled the same trick harassing another women under the guise of being a assistant director and security person. The real assistant director from Man hunter confirmed Ayers was lying. Another crew member also commented that Ayers illegally took and posted photos from the set of Man Hunter, which is the exact same thing he accused the young woman of in his fake article.

The only thing this young girl was guilty of was rejecting unwanted and unsolicited romantic gestures from a man aggressively pursuing her.

Note how just like in his fake article about me in attempts to blackmail me into removing my factual articles, he offers no factual proof, and is talking out his ass. The timeline between the Snap chat conversations between Ayers and his victim sync up to when he posted the fake article on WPMG. At the time of that posting, Ayers was operating under the fake station name of knnp at at the time.

Sometume after 9;24 ,pm this evening , Ayers removed the article Bout the woman and the link to the original hit piece below on the girl redirects to the real netflix website synopsis of the film:

You can see the original slam piece ayers wrote 4 months ago below in screen shots courtesy of google cache. The article was written in November 2019.

A spokesperson from Netflix declined to comment as they had no knowledge of this incident and do not recognize rumors on social media or websites as fact. It is also well known that Jason Mamoa was posing for selfies on set with extras through out the filming of Sweet girl, and extras were sharing pictures all over Facebook without consequences from Netflix or attacks by Ayers.

Speaking with the woman in more detail tonight, she provided me with more screen shots from conversations from ayers on another snapchat account, and facebook, and detailed how he tried to black mail her into a date to make the “photos” go away. If she didn’t comply, he would slam her in the press. so much so in chats after she denied the blackmail, he said he was getting even, and that “she would feel the power of TV, and learn her lesson.” Ayers continued to pester the woman after the article was written until she blocked him on all social media front. 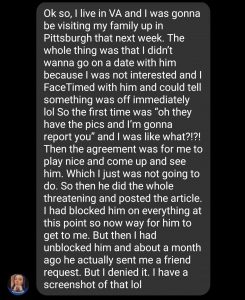 Update 3/21/2020: In a predictable turn of events, I spoke with Shannon Tsonis, a published author who was duped into writing for WPMG for 2 articles and after my reporting. Will no longer write for WPMG. 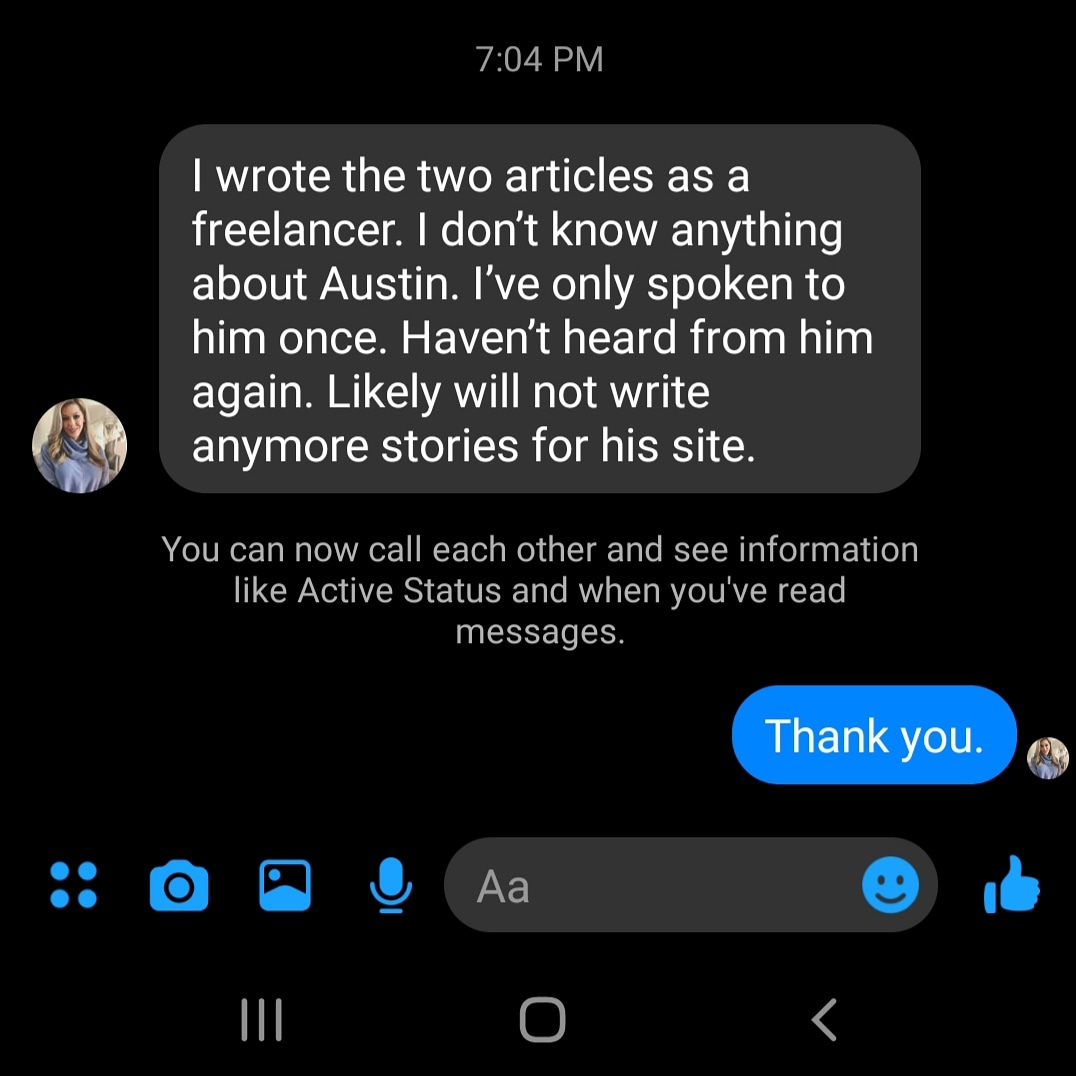 The more I dig into the “business”and social practices of Austin Ayers and WPMG, the more I am uncovering patterns of someone who is a danger to themselves and others.