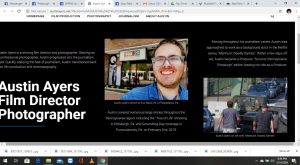 Digging further into the pretend life that Austin Ayers portrays online and to people he meets, I took a cruise through his laughable IMDB page. 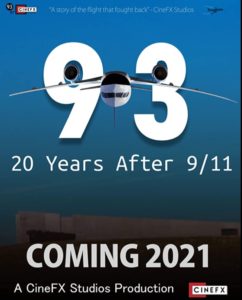 A year ago on Medium, Ayers wrote that he was writing, directing, and producing a feature film on Flight 93 from his production company CINEFX. HE said that Netflix may pick it up, and there was a major press release about it. I’ve been unable to locate any press release written and/or picked up by any outlets in the entire world. The website  for his “film” doesn’t exist nor does the Facebook page.  His production company’s website doesn’t exist either.

This of course, is also the movie he told women he was working on in attempts to date them before defaming them on his now defunct fake news site when he was rejected. Being that my work is currently on a major documentary featured on netflix, and I receive royalties for my work, I called Netflix to ask about Ayers and his film. NETFLIX NEVER HEARD OF AYERS OR HIS FILM, and all the alleged writers listed have no knowledge their names are being used for a fake film.

United Airlines, the families of the victims of flight 93 have no record of being contacted by Ayers or any knowledge of this film.

The only films in existence are Flight 93 and United 93.

Ayers is well blacklisted from the Pittsburgh and Pennsylvania Film Community as well: 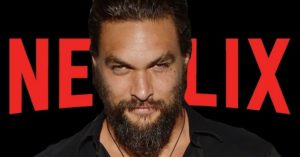 Next up is Sweet Girl starring Jason Momoa, and debuting on Netflix in 2021

He claimed he was an assistant director to girls on set, then stalked and harassed them, lists himself as additional crew for the film, but in reality and again using my relationship with Netflix for my work being featured in a film on their platform, I verified that Ayers was nothing more than a Production Assistant.

Everything else on his IMDB are no major motion pictures, paid gigs and are fan films on You Tube and Vimeo.

He does list Survivor Pennsylvania on there as an executive director/Producer which in this Fan You Tube series he was until he was thrown off for being creepy and weird according to members of the show.

You can also watch Ayers ramble on for 25 minutes about his career as a famous extra/actor with his advice for aspiring extras: Here(Cringe).

Just more cons from a kid living in a world of make believe.

If you dig the work I do covering scumbags like Ayers, Music and news… Consider supporting my Patreon, or donate via Pay Pal, Cash App ($roguejournalist), or Venmo  today.