Faced with the truth by his followers learning the truth about his past and busted on his lies  on social media, Austin has rebranded himself @redcoatrevere. In a bizarre twist, while removing all his posts on Tik Tok, Ayers posted several videos glorifying those who tried to overthrow the United States Government at the capitol, and made comments about picking up firearms against the government, and going so far as to list places you can get firearms to overthrow the government. It’s unclear if Ayers or Tik Tok removed those videos after being online for up to 12 hours on Thursday, but they certainly brought attention to Ayers.

Ayers quickly deleted comments of anyone asking about his posts to overthrow the government, while telling others in the comments that “it’s just material he’s testing out.”

In his new bio,  Ayers claims to be a very famous online personality. If that is true, why are none of his accounts verified on any social media platform? If he is so famous, why is absolutely nobody tuning in to his twitch? 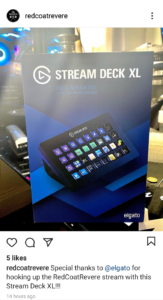 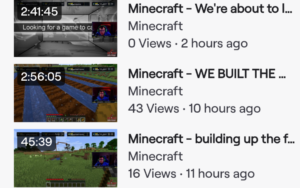 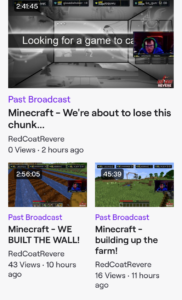 He makes no reference of being a first responder anymore, because he has no license to legally do so, and of course, his followers have called him out for lying about it repeatedly. It appears he is done pretending on those aspects for now at least.

He also claims he comes from a strict military background with discipline. If that was also true, why does Ayers have a history of impersonating emergency workers, has hired a child to shoot up someone’s house in the past and has  made fake news websites dedicated to clicks for cash schemes, and harassed women who reject him? Simple google searches show Ayers Dad was in the army reserves, but there is zero evidence searching public military records that anyone else in Ayers’ family served.

He also claims to be a patriot and a nationalist. True Patriots don’t try to over throw the US Government, nor do they advocate the actions of all those who tried to overthrow the US Senate and Congress. HE calls himself Red Coat Revere which is several contradictions unto themselves.

Red Coats, of course were the British Army oppressing the colonies that would eventually rise up and revolt resulting the birth of the United States of America. Proud Boys and Boogaloo boys, white supremacists bent on the overthrow of the US Government, Today, reference the redcoats as law enforcement and Federal Agents. Paul Revere, of course was the colonial who rode warning of the approach of the British Army.

The main driving force behind Ayers’ rebrand and attempt to change his online handles is because word is out how much of a liar, con artist, and fraud Ayers is. Mostly due to articles written by myself, and simple google searches by people not buying his bullshit, Ayers claims people in his fantasy cop/medic/firefighter roleplay community tried to overthrow him and others.

The backlash in that community against Ayers, stems from Ayers having an inappropriate relation ship with an underage girl that “he’s taken under his wing as his personal secretary”, as well as being confronted with all his lies, cons and fraudulent statements. Ayers is currently using the death of his mom to beg for donations from anyone who hasn’t jumped ship away from him, saying he quit his job to be a full time gamer, yet his Instagram has posts of him at work as early as last night.

Ayers of course faced with his lies meeting the truth doubled down began writing more garbage on his fake website about me, and to show proof links an article i wrote for Mobile broadcast news that went viral and was picked up internationally back in 2013. The article in itself has nothing to do wtih me, but text messages read during the Steubenville rape case, in which, that work not only going viral is also heavily featured in the documentary Roll Red Roll.

I’m guessing he still assumes his followers (what little they are vs. the paid following he’s bought) are stupid and can’t comprehend simple reading or tell the difference between a ton of lies tossed out there with zero proof or facts to support his garbage.

On instagram he claims to have gotten free stuff for his streams, but Elgato in  an email denied knowing Austin Ayers, Red Coat Revere, and has no record of sending him anything as a promo item. They never heard of the kid.

I have never witnessed in my career, someone so hellbent on running from their scumbag past, and thinking that only if they keep changing website and social media names that the past wont catch up… WRONG!

“The way to right wrongs is to turn the light of truth upon them.”

What that means Austin, is be an adult. face your past, and right the wrongs you’ve done in life. Not hide like a coward and throw more lies at the problems you’ve caused and people you’ve hurt.

Ayers retaliation  late Sunday night for my work are these lame ass videos where he peddles his usual lies to combat the truth because i wrote another article saying that yes, indeed Ashli Babbit deserved to be shot dead by capitol police.

He goes on to ask his not organically acquired yet purchased tik tok following to get me….cool. Numbers on my twitter, and my website here show….nobody cares. There has been no increase in traffic to my website or twitter page. no reaction…. nothing. Sorry kid, you’re simply gonna have to better. Hits are way up as always on every article written about the life of fraud committed by Austin Ayers aka @redcoatrevere 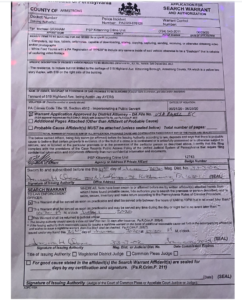 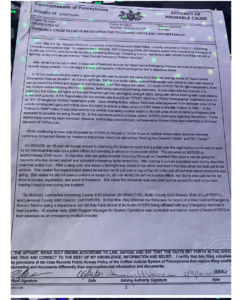 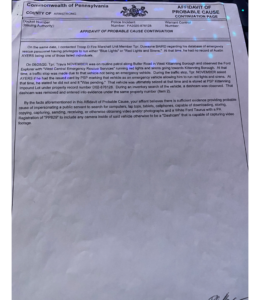