Did Ashli Babbit Deserve to Die? 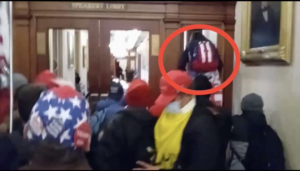 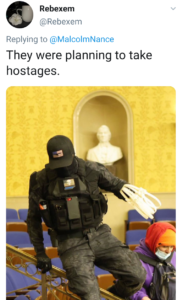 The United States of America does not negotiate with terrorists. Neither foreign, or domestic.

Ashli Babbit, a 14 year Air Force Veteran took part in an attempted overthrow of the US government and tried to breach a barricaded area where capitol police were trying to protect members of congress barricaded in the house floor. Babbit tried going thru a broken window, and despite orders to stop, was shot in the neck and later died. The Capitol police officer who fired the lethal bullet is a hero, and was doing his sworn duty  to protect this government and our elected officials. 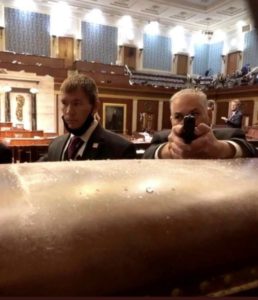 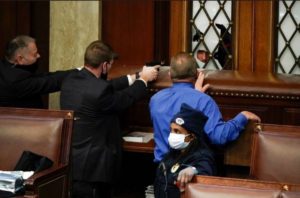 Babbit abandoned the oath she swore to serve this country, and drank the kool aid that was Donald Trump’s brainwashing of  a stolen election, and encouraging his supporters to attack the US Capitol.

She was in the middle of committing a federal felony, and was gunned down like the criminal she was.

She died for nothing, and will easily be forgotten in history aside from the fact that she, and every single traitor that stormed the capitol were nothing more than domestic terrorists.

It’s still very hard for me to find the words to describe the events I saw as they unfolded in Washington, DC.  It’s disgusting that most Capitol officers simply let this happen while others gave their lives and personal well being to fight the onslaught of an armed attack on the government, and even more disturbing that members of the military, law enforcement and other public servants were involved in this treasonous attack.

This is what the pro-Trump mob did to American law enforcement officers after the President incited a deadly riot at the U.S. Capitol