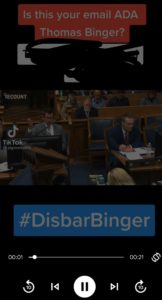 Ayers of course, couldn’t be honest about his ban, and tried making himself out to be a victim while rallying behind the Kyle Rittenhouse is innocent bandwagon on twitter making up another lie about his ban. 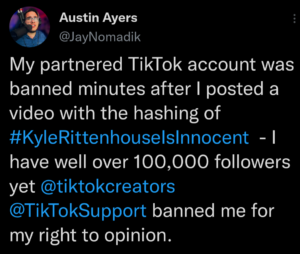 Just another day in the deceitful ways and tactics of Ayers.
He’s back in court on 11/24/21 for a criminal case status conference on his charges of Impersonating EMS, theft, tampering with public records, and making false statements under penalty of perjury.

On his other socials, he is still milking the death of Gabby Petito for internet clout.