Austin Ayers is back to harassing people on the internet over Facebook posts he doesn’t like. Today’s installment is from a Facebook Public Group dedicated to his nonsense, and involves a post not even mocking him, but screenshots of a lie he posted in an Armstrong county group over a year ago.

As you can see below the post is nothing of consequence, and is a public post Ayers had made despite his video claiming it’s private photos. Ayers went ahead and made a now deleted videos claiming he’s suing the woman for harassment and stalking, and then asked his paid following to blow up her place of employments Facebook and google pages with negative reviews. 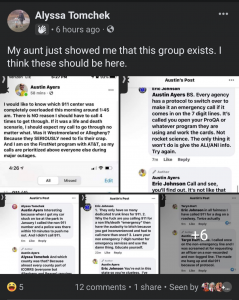 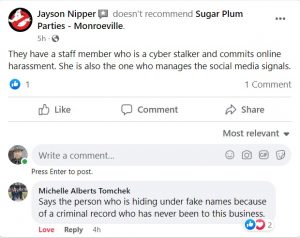 Ayers would then double down in another deleted tik tok post screenshotting this exchange in the same group asking about his bail.

In the now deleted video, Ayers tells his “followers” that the Dormont police is investigating this blog hosted overseas, and myself for being mean to him.

Speaking with Officer Don Kelly of the Dormont Police, who is retiring this week, Officer Kelly not only has no record of this website or myself in any investigation, but he also has no record of an Austin Ayers ever contacting Dormont police, and being that Ayers would have to contact his home Police department in Kittaning, Pa as he lives in his mom’s old house on Highland Avenue. Kelly is also aware that I live in Los Angeles, and the only record of my old residence they have right now is an open investigation into statements Ryan Focht (Ayers buddy and coconspirator in his criminal case who was sentenced to The ARD Program and fines) made on reddit 24 days ago about blowing up my old Dormont residence. That is currently being looked into by not only the Dormont Police, but the Federal Bureau of Investigation.

Ayers would also make another (Now Deleted) video in which he claimed to have spoken to News Break about having my journalist account removed and article on his trial date being set months ago taken down, but as you can see from This Link, it’s still there.