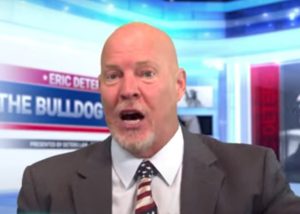 Who is Eric Deters?

Eric Deters, A former Cincinnati Radio Host fired for telling people that “All you need to do to conquer an African Nation is send in White Women and Marijuana in 2011, and disgraced lawyer who had his law license suspended and still practiced law, filing multiple failed anti vaccination lawsuits caused so much trouble that Kentucky had to change their laws to stop him from practicing law.

Deters would eventually be fined by the Kentucky Bar Association for over $6k, for practicing law without a license; to which, he responded by telling the court To go fuck itself.”


Eric Deters would File to run as a candidate for Governor of Kentucky in 2021, but that even caused controversy as he was sued for stiffing employees on their bills.

Deter would pass the time over the years by starting a media company in which he rants incoherently often on YouTube,and attack his detractors while spouting conspiracy theories weekly.

In October 2021, he was charged for Criminal menacing, harassment, and trespassing after going over to a family farm where he isn’t welcome and then trying to run his nephew over by chasing him across the farm in his truck after the kid flipped him off. He would respond to these charges on his You Tube show by spouting homophobic slurs towards his brother, and by calling his brother’s wife a whore. 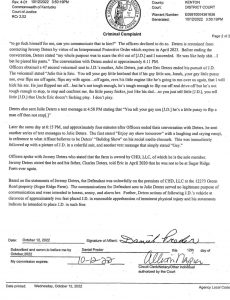 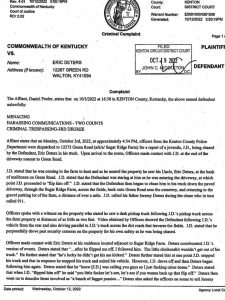 His most despicable behavior came on Monday following the severe injury to Buffalo Bills Safety, Damar Hamlin during the Monday Night Football game on ESPN. The Game would be postponed following both teams’ agreement to not continue playing.

Deters would post to social media that his inside sources at University of Cincinnati told him that Hamlin had died, and that noone would publicly admit it.

He would make his first video on his youtube channel saying everyone calling him a liar is a troll, hater and a sheep

A second video after re-announcing his campaign for Kentucky Governor would go on to say that everyone including the Buffalo Bills, Hamlin Family members and media were all covering up that Hamlin died due to his vaccination conspiracy theory and give the world a piece of his mind. He would say that this incident will not change his path to becoming the next governor of Kentucky, and that his sources are real and Hamlin is in fact dead, and this is being covered up by the NFL:

He would delete all social media posts after receiving notice from the Hamlin Family via Facebook before he deleted their comments that he may be sued.

Earlier Wednesday night he would release another video stating that as a governor candidate, no one can post anything negative to him about his falsehoods, nor will stop him from stating the truth that Hamlin is dead, and blah blah blah. Damar Hamlin is very much alive according to his teammates, and family. He’d scream that no one knows who he is, despite a google search telling me everything I need to know about this man.

He would compare himself to Donald Trump as a people’s champion, and That vaccinations are conspiracies.

That his videos show what kind of governor he’d be.
The kind of person i’ve been able to see who Eric Deters is:

A racist, A liar, a conspiracy theorist, someone who has failed at practicing law to the point his license was taken away from him, and then prosecuted for violating the law by continuing to practice the law.  Someone who has no honor who attacks the weak and uses a terrible tragedy to an NFL player for clout and attention for a failed run as a right-wing governor. A man desperately trying to be the next Alex Jones. A political candidate who has only received $50 in donations to his campaign by two people in the last three months.

Eric Deter, you can go fuck yourself sir. I said that to you as i asked you to comment on all this, and like a coward, you blocked me on social media.

Deter has a February court date for his criminal charges.

Following a press conference from University of Cincinnati hospital doctors showing that Damar Hamlin is alive, well, and fully awake, Deters went on a social media tirade blaming others for his spreading of false information in a grammatically incorrect statement complete with spelling errors:

Dorian Tripp aka Dorian Trader and his secret “work”