Story by Don Carpenter and Amanda Blackburn. Produced by Don Carpenter. This story features the conclusion of the Steubenville rape trial, aired on March 25, 2013 on Rustbelt Radio 88.3 FM WRCT Pittsburgh. 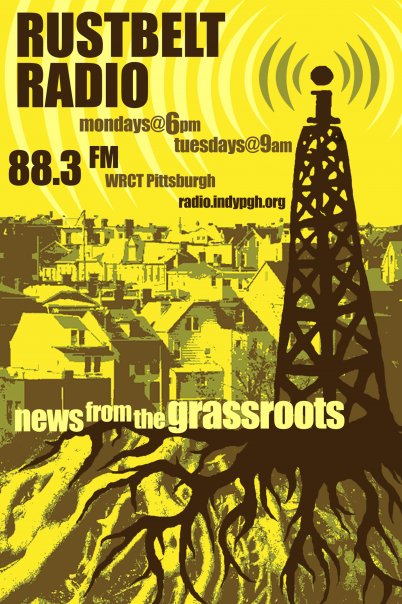 Anonymous enters a tiny town in West Virginia after a man is charged with raping a baby in this March 2011 Rustbelt Radio Piece.

Part 1 in a series covering the rape case in Steubenville, Ohio, as Anonymous stepped in to demand justice for the victim. Produced by Don Carpenter and Hanna T. The piece aired on January 14, 2013 on Rustbelt Radio 88.3 FM WRCT Pittsburgh.

December 17, 2013 Rust BElt Radio Story  on  PIttsburgh CItizen Review Board public hearing on the use of 99 cars, and jump out tactics used by the Pittsburgh Bureau of Police.